TUNE IN: TIM ATWOOD TO MAKE APPEARANCE ON HUCKABEE FOR VETERANS DAY SPECIAL 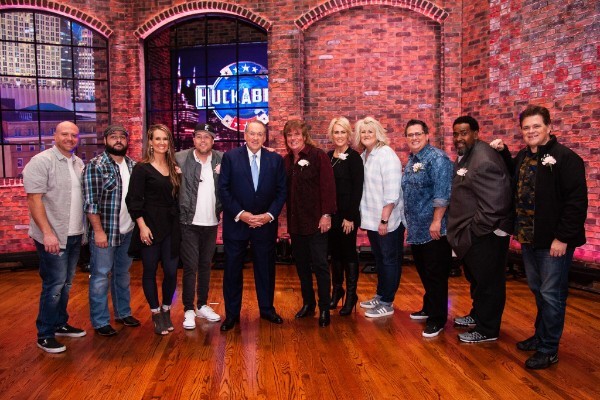 Also, the City of Peoria and State of Illinois honors native Tim Atwood with Proclamations

Nashville, Tenn. – Country music veteran Tim Atwood will make an appearance on Trinity Broadcasting Network’s (TBN) Huckabee for a special Veterans Day episode on November 10th at 8 pm ET / 7 pm CT. Atwood will perform his latest single “I’ll Stand Up And Say So” live and share memories from his 38 year career at the Grand Ole Opry and nearly 50 years in country music.

“On this Veteran’s Day weekend, I am honored to perform my song “I’ll Stand Up And Say So,” on Huckabee. Every episode of Huckabee stands for God, family and country. Governor Huckabee isn’t ashamed to share his personal beliefs and values with the world and neither am I,” says Atwood. “I began to sing “I’ll Stand Up And Say So” when the football players began to take a knee on the field during our national anthem. I understand that this country gives them the right to kneel, but what they see as a peaceful protest, I see as disrespect for the American flag, and those men and women who lost their lives serving to protect all that it stands for.”

On October 26th, United States Representative Darin LaHood and City of Peoria, Illinois Mayor Jim Ardis, honored country music veteran Tim Atwood with both a Proclamation from the 18th Congressional District of Illinois and the City of Peoria. Both Proclamations acknowledge and honor the contributions that Tim Atwood has made in his nearly fifty year career in country music.

“I’ve spent over forty years of my life in Nashville, Tennessee. After performing on the Grand Ole Opry, I now travel the country taking my music to the fans. But, no matter where I find myself, Illinois is in my heart, and Peoria will forever be my home. It was a great honor to be recognized by Mayor Ardis and Representative LaHood. I hope I made my hometown proud because I’m proud to be from my hometown,” says Atwood.