Tune In Alert: Tim Atwood To Appear On RFD-TV’s The Merlin Gene Show 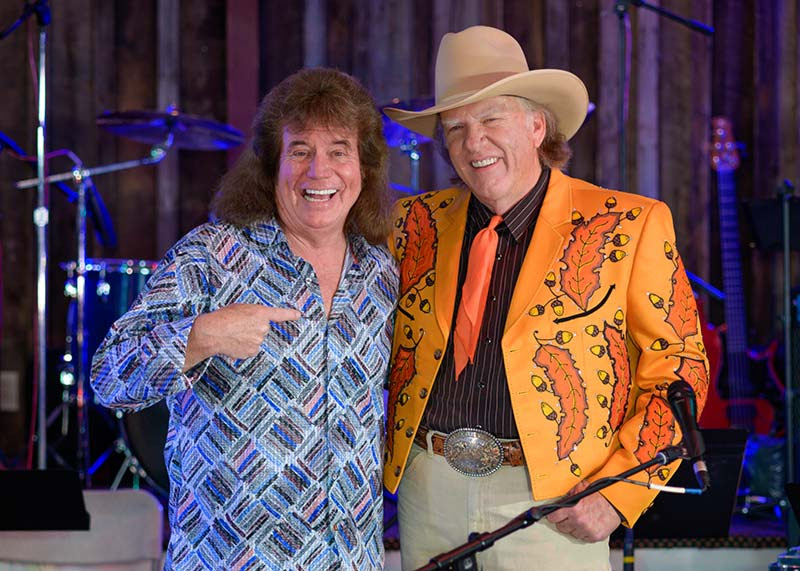 Country music entertainer Tim Atwood will appear on RFD-TV’s television show The Merlin Gene Show, airing Saturday, March 13 at 5:30 pm ET and Thursday, March 18 at 7:00 am ET. Starting this weekend and during new, upcoming episodes, viewers will see a live performance of original songs which Atwood included on his current album Who I Am. The Merlin Gene Show is taped at the historic Donoho Hotel in Red Boiling Springs, Tennessee at the Ronnie McDowell Entertainment Center.

“When Merlin Gene called and asked me to be a part of his show, I didn’t hesitate to say yes,” shares Atwood. “Merlin has created a family-friendly show that features traditional country and gospel music laced with humor and fun. I think we could all use a healthy dose of this show on a regular basis. I had a blast working with the exceptional band on set. I have worked with all of these talented musicians in the past, and truthfully, to entertain with these men and women felt like I was home again.”

Never one to sit still for long, Atwood recently released his fourth studio album Who I Am, which showcases his versatility as a writer and a performer as he takes his fans on a musical journey that includes his self penned, country shuffle “Migraine Heartache” as well as Delbert McClinton’s soulful anthem “Sending Me Angels.” Atwood has never been an artist who readily fits into any one box and he takes pride in this fact.

“You have musicians and you have singers. Tim Atwood is that and much more. He’s an entertainer,” gushes show host Merlin Gene. “He can rock that piano, sing a country ballad that will make you cry, then sing a tender gospel song that makes you feel God’s love. And the guy is funny too. We were happy to use Tim in some of the comedy skits that we sprinkle throughout the show. I love this guy!”

About Tim Atwood:
Tim Atwood is an award-winning entertainer honored in our nation’s Congressional Record for his many contributions to country music as a performer and a studio musician. Winner of the 2020 Telly Award for Social Media Event of the Year, Tim is a 38 year veteran of the Grand Ole Opry stage and a member of the world-famous Wheeling Jamboree. He is proud to include memberships into the ALM Musician’s Hall of Fame, along with an artist membership into the North American Country Music Hall of Fame, to his list of accolades. After a recent nod by the Reunion of Professional Entertainers for Songwriter of the Year, Tim’s song “That’s How I Roll” was recorded as a collaborative effort by Jeannie Seely, Lorrie Morgan, and Vince Gill. Tim’s TV appearances include the Hallmark channel’s Home & Family show, Huckabee, Larry’s Country Diner, The Dailey & Vincent Show, Country Family Reunion, Opry Live, and Hee Haw. Voted “Fan Favorite” by the Genuine Country Music Association, Tim’s recent live stream performances are pushing a million views by country music fans.

About The Merlin Gene Show:
The Merlin Gene Show made its television debut on RFD-TV on January 18, 2020. Merlin Gene, the show host, saw a need for a program showcasing classic country music with a Bakersfield edge. The thirty-minute series includes comedy skits scattered throughout, reminiscent of the long-running television series Hee Haw. A gospel song is also present in every show. Past guests include Aaron Tippin, Rhonda Vincent, David Frizzell, Leona Williams, Barbara Fairchild, Larry Cordle, and Ronnie McDowell. In its short tenure with RFD, The Merlin Gene Show is now one of the highest-rated entertainment series on the RFD Network.