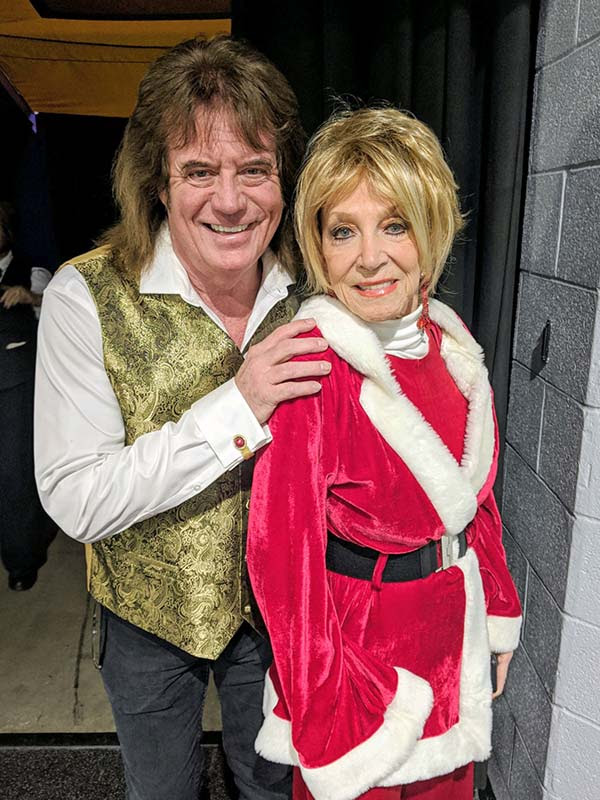 Tim Atwood’s Latest Album ‘Who I Am’ Available Now

NASHVILLE, Tenn. – Country music entertainer Tim Atwood gives fans a sneak peek at his upcoming single “She Treats Me Like A Dog” when he performs as the featured guest of Grammy-winning artist Jeannie Seely when she hosts her second annual Santa Paws is Coming To Town benefit on December 19 on the historic Ernest Tubb Midnite Jamboree at the Texas Troubadour Theatre in Nashville, Tennessee. Other guest performers include Allie Colleen, Michele Capps, Anita Stapleton, and more. The all-star band includes Dug Grieves, Danny Davis, Kenny Sears, Eddie Bayers, Eddie Dunlap, and Mike Nobel. The show is taped live for fans to watch during a live-stream at 2 p.m. CT on the Ernest Tubb Record Shop Facebook page at Ernest Tubb Record Shop Facebook and/or listen to a radio broadcast at midnight on WSM 650AM Radio and online here.

“I know “She Treats Me Like A Dog” from my new album “Who I Am” is the perfect song for Jeannie’s Santa Paws event. I wrote this tune with two young writers, Ethan Phillips and Caleb Wilkie. If you’re a pet lover like we are, then you know it’s good to be a dog!” Atwood quips.

“Our animal shelters work hard to find forever homes for abandoned and stray animals, and we want these dogs and cats to be comfortable until that day comes. As temperatures begin to drop, these shelters need our assistance stockpiling supplies to help them through the winter months. Our dog Jazz came from a shelter. Every time he looks at us, we see unconditional love. Jazz is family. If he could talk, he’d tell you real quick, it’s good to be a dog,” shares Tim Atwood.

Fans are encouraged to donate food, blankets, animal beds, puppy pads, cat litter, cleaning supplies, pet toys, treats and more to benefit the dogs and cats who find themselves in Nashville animal shelters at the start of a new year. The donations can be dropped off at the Texas Troubadour Theatre 2416 Music Valley Drive Nashville starting December 12 through December 20 from 10am to 5pm CT.

“The response we got last year was so positive, I just knew we had to make this an annual event!! At this time of year, we seem to be more aware of those in need in our community and I felt like this was one area being overlooked,” exclaimed Jeannie Seely! “Not only do these wonderful little animals need and deserve attention, so do the wonderful people who care for them! They work so hard and it’s more difficult when you don’t have what you need to work with. It was so rewarding to see their excitement to not only receive the supplies but to know we all appreciate them!”

About Tim Atwood:
Tim Atwood is an award-winning entertainer honored in our nation’s Congressional Record for his many contributions to country music as a performer and a studio musician. Winner of the 2020 Telly Award for Social Media Event of the Year, Tim is a 38 year veteran of the Grand Ole Opry stage and a member of the world-famous Wheeling Jamboree. He is proud to include memberships into the ALM Musician’s Hall of Fame, along with an artist membership into the North American Country Music Hall of Fame, to his list of accolades. After a recent nod by the Reunion of Professional Entertainers for Songwriter of the Year, Tim’s song “That’s How I Roll” was recorded as a collaborative effort by Jeannie Seely, Lorrie Morgan, and Vince Gill. Tim’s TV appearances include the Hallmark channel’s Home & Family show, Huckabee, Larry’s Country Diner, The Dailey & Vincent Show, Country Family Reunion, Opry Live, and Hee Haw. Voted “Fan Favorite” by the Genuine Country Music Association, Tim’s recent live stream performances have been viewed by over 600,000 country music fans.

About The Ernest Tubb Midnite Jamboree:
The Ernest Tubb Midnite Jamboree is country music’s second-longest-running radio show. The WSM 650 AM radio broadcast has followed the Grand Ole Opry for 74 years in 2021.  The show was originally started by Grand Ole Opry and Country Music Hall of Fame Inductee Ernest Tubb in 1947 with the idea of a laidback show where fans could meet their favorite stars and discover newcomers on the scene while sharing access to all of their recorded music inside the Ernest Tubb Record Shop. The Midnite Jamboree was Loretta Lynn’s first Nashville stage.  Everyone from Elvis Presley, Kitty Wells, Randy Travis, Garth Brooks, and numerous stars have performed on the legendary live radio show.