More CRS 2020 GREATS. TIM ATWOOD – Living his dream of being an all-around entertainer. 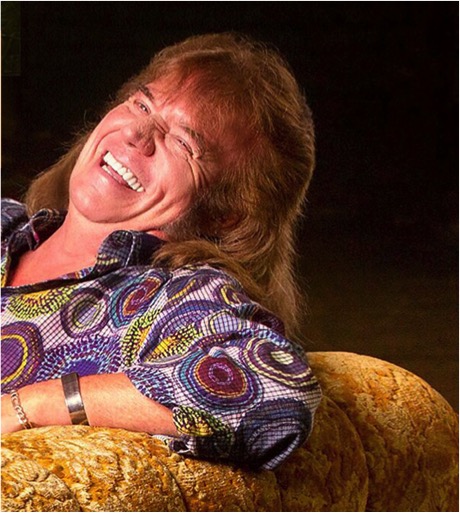 As Country Radio Seminar 2020 was gearing up this year, so were many artists. Many were heading out on the road for the weekend but still took time to sit down with us to fill us in on how things are going for them. One of my favorite performers, Tim Atwood, was kind enough to be help us kick of CRS 2020 with a bang, providing gems of information on his historical career in Nashville and on the road.

Tim Atwood got his start in the music industry while in high school and played music all four years. He started out as his band’s bass player but says the piano player then “made the mistake of showing me how to play Floyd Cramer style,” which he picked up on well. He continued to teach himself more and more on the piano until he was asked to replace the piano player in the band. He’s not looked back since.

As a young man Atwood was also inspired by his uncle, a member of the Florida Boys quartet, meaning his Gospel roots go back to his youth. When seeing his uncle’s group perform he realized that one could actually make a living by playing and performing music. He was hooked and his life’s path was set.

In addition to his great natural gift for music, Atwood’s work ethic, genuinely caring and charismatic personality, and his voluminous talent soon landed him gigs as both a studio musician and as the house-pianist on the Grand Ole Opry.

Today however, choosing to pursue a solo career, Atwood’s career path has taken a uniquely different turn – one that is proving to be full of even greater successes.

Atwood, not previously known as a songwriter, has proven he can excel at every level of the industry. His first cut, “That’s How I Roll,” a fun, uptempo song, was recently recorded by the legendary Jeannie Seely and Lorrie Morgan, with Vince Gill playing guitar on the tune. Not a bad first.

Still writing and performing, Atwood has to find a way to balance his time well.

Enter his manager and better half, Roxanne Atwood, who keeps Tim’s show booked, his studio time and album recordings arranged and much more. Atwood says of his wife, that he has “never seen her fail.” The list of her successes include writing and producing, being a TV personality on the Nashville Network, working with Bill Anderson on “Visits with the Legends” on XM Radio, being Floor Director for television programs and writing books. And Atwood laughingly adds that in her “spare time,” she books all his shows, schedules all his events and keeps him working.

Currently working on his 4th album Atwood admits he didn’t always realize how long it takes to make an album and get it all “just right.” He adds however, that the right songs and opportunities just seem to come along at the right time.

One great opportunity that does indeed keep returning is the Country Music Cruise.

Atwood has been invited back every year for five years now to perform dueling pianos alongside fellow pianist Chrissy Sparks. Additionally, the pair enjoy the opportunity to work with artists like Tracy Lawrence, David Frizzel, Moe Bandy and Jimmy Fortune on the cruise. Says Atwood, “It’s not only a treat for the people on the cruise it’s a treat for us.”

In addition to being inspired by the artists he meets and works with everyday, Atwood says he was originally inspired by some of the greatest performers in Country Music history. When first getting to Nashville he says his desire was to play the piano as well as Jerry Reed played the guitar, to sing as well as Ronnie Milsap and to tell stories and be as great an entertainer as Ray Stevens.

If you’ve ever had the privilege of seeing Tim Atwood perform live, then you know he has accomplished his goal and that he is continuing to soar.

If you’ve not ever had the opportunity to see Tim Atwood in concert you most definitely want to check out TimAtwood.com and purchase some of his great music. His music includes great albums titled: “Livin’ the Dream,” “That Old Time Religion,” “Buy this Piano a Drink,” and a single titled “I’ll Stand Up and Say So.”

You can also find his touring schedule there.