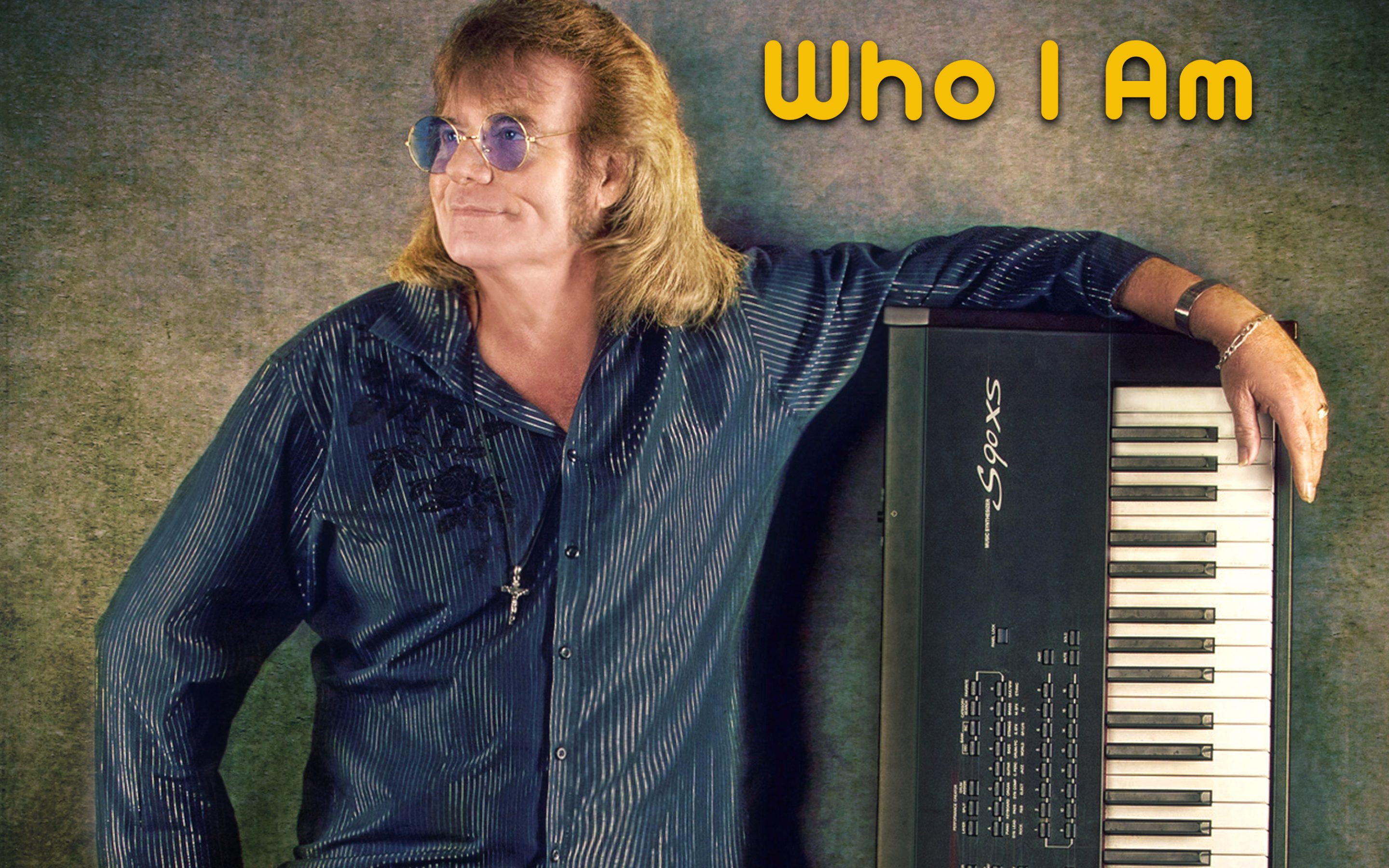 Country music entertainer Tim Atwood’s soon-to-be released album Who I Am is set to hit the streets on November 20, 2020.  Without a doubt, this is the best work Tim has ever done.

The fifteen songs carefully selected by Tim for this project, sponsored by Springer Mountain Farms, accurately answer the question “Who is Tim Atwood?”  Tim is a stylist with a delivery that makes you feel the songs he sings and wrings emotion from those who take this 15 song journey with him—all emotions.  This album makes you feel happy, sad, joyful and grateful, and at the end of your journey, you are glad you came along for the ride.  It is a trip you will want to take again and again.

A stand out on Who I Am is the poignant You First, a song that left the hosts of a recent TV show unable to talk after Tim’s performance because the song hit the heart; along with the fun filled romp Shortnin’ Bread Rock and the haunting beauty of It Don’t Matter To The Sun.

“This album has something for everyone,” Tim confides.  “This is definitely a country project, but you really can’t put my music in a box and slap a label on it.

This album has everything from a country shuffle that I wrote with my wife called Migraine Heartache, to country boogie woogie.  Just Because She Always Has is my favorite ballad on this project, and I even covered a Delbert McClinton cover that I sang at my wedding called Sending Me Angels featuring the soulful sounds of Charlie McCoy on harmonica.  As I do on every project, I conclude my album with two gospel songs because God is always by my side in everything I do.”
Look for details on how you can pre-order Tim Atwood Who I Am on his website www.timatwood.com. Or on his fb page @TimAtwoodOfficial 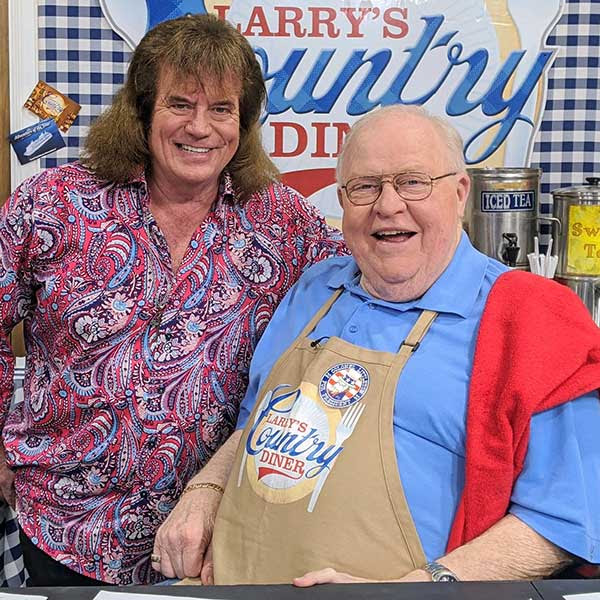 Never one to sit still for long, Atwood has been in the studio wrapping up his fourth studio album ‘Who I Am,’ which showcases Atwood’s versatility as a writer and a performer as he takes his fans on a musical journey that includes his self penned, country shuffle “Migraine Heartache” as well as Delbert McClinton’s soulful anthem “Sending Me Angels.” Atwood has never been an artist who readily fits into any one box. Instead, he relishes his love of playing outside of the box.

“I think ‘Who I Am’ is the best work I’ve ever done. I am proud of this project and proud to debut four of the album’s fifteen songs on Larry’s Country Diner. Not only is it an honor to perform on a show that continues to promote and support our music, but Larry Black, along with his cast and crew, have created an environment of family and fun. When you visit the diner, you feel like you’re coming home. I absolutely love that,” shares Atwood.

To keep up with everything Tim Atwood, visit his website and socials linked below.
Facebook | Twitter | Instagram | YouTube
About Tim Atwood: Tim Atwood is an award-winning entertainer honored in our nation’s Congressional Record for his many contributions to country music as a performer and a studio musician. Winner of the 2020 Telly Award for Social Media Event of the Year, Tim is a 38 year veteran of the Grand Ole Opry stage and a member of the world-famous Wheeling Jamboree. He is proud to include memberships into the ALM Musician’s Hall of Fame, along with an artist membership into the North American Country Music Hall of Fame, to his list of accolades. After a recent nod by the Reunion of Professional Entertainers for Songwriter of the Year, Tim’s song “That’s How I Roll” was recorded as a collaborative effort by Jeannie Seely, Lorrie Morgan, and Vince Gill. Tim’s TV appearances include the Hallmark channel’s Home & Family show, Huckabee, Larry’s Country Diner, The Dailey & Vincent Show, Country Family Reunion, Opry Live, and Hee Haw. Voted “Fan Favorite” by the Genuine Country Music Association, Tim’s recent live stream performances during our world’s new normal, have been viewed by over 600,000 country music fans. 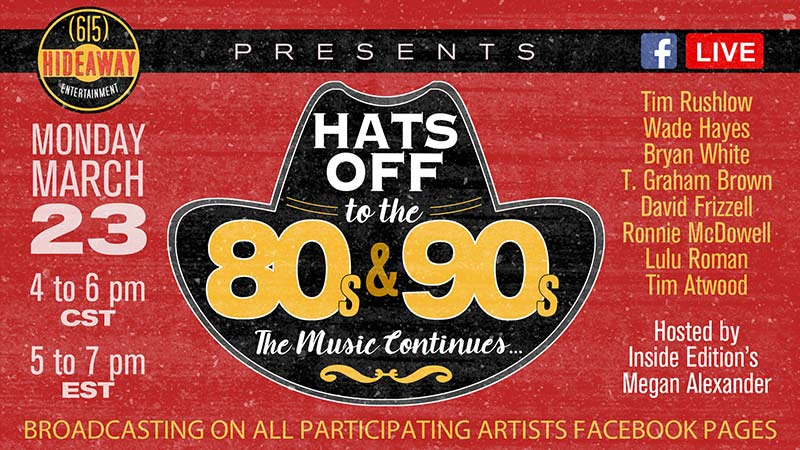 Nashville, Tenn. – On Monday, March 23, the acoustic live-stream concert “Hats off to the 80’s and 90’s- The Music Continues” presented by the 615 Hideaway took over the internet drawing in over 260,000 country music fans from around the world to enjoy live country music from the comfort of their homes. The special event was hosted by Inside Edition’s Megan Alexander and arranged by country hit maker T. Graham Brown in an effort to keep spirits high, hearts strong and bring optimistic entertainment to those stuck inside during times of social distancing. Brown, joined by fellow artists Bryan White, Wade Hayes, Tim Rushlow, David Frizzell, Ronnie McDowell,Tim Atwood and Lulu Roman put on a show that left fans counting down the days until the next live-stream concert.

“It was so much fun getting to be with friends during these tough times,” says Brown. “Music heals the heart and right now, we need a lot of heeling. So, when I started calling all of these guys – they all said yes! Hopefully we helped ease some minds and bring some happiness into some homes. Now, are you ready for us to do it again? You just never know…”

The two hour event aired live via social media platforms as well as WWTW ShortWave Radio, CDX, Do You Remember?, Nashville.com, The Heartland Network, RFD-TV, Country Rebel, Country Road TV, Visit Music City and many more. T. Graham Brown kicked the evening off with his legendary chart topping hits, “Hell or High Water,” “Wish I Could Hurt That Way Again” and “Wine Into Water.” The show continued with light-hearted jokes, hit songs and legendary performances from all the artists.

To keep up with “Hats off to the 80’s and 90’s” tour announcements visit tgrahambrown.com. 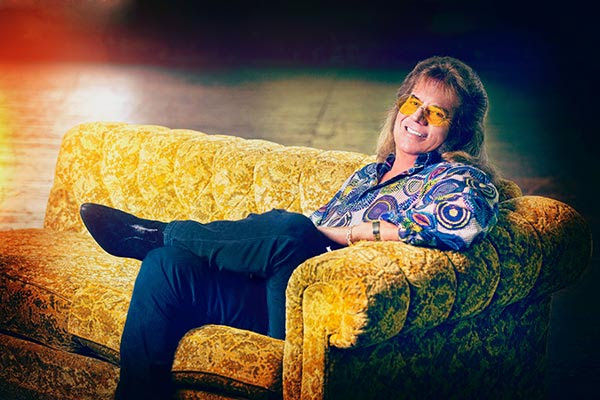 NASHVILLE, Tenn. (WTVF) — The COVID-19 outbreak has closed music venues across Nashville for health and safety reasons, forcing musicians to get creative to keep their music going.

Many have turned to virtual concerts through social media to connect with fans. Monday night, Garth Brooks and Trisha Yearwood performed together on Facebook. Keith Urban also performed on Instagram with his wife Nicole Kidman by his side.

As officials at the Nashville Convention and Visitors Corp. heard about more and more virtual concerts, they decided to compile a list online so fans in Nashville and across the country can stay in the loop with their favorite artists.

“Basically, if you can’t come to Music City, we will bring Music City to you,” said Deana Ivey, Executive Vice President of the Nashville Convention and Visitors Corp.

Music City Bandwidth, shows a list of upcoming shows. Officials at the Nashville Convention and Visitors Corp. say the list will be constantly updated as they learn about more concerts. It currently features musicians from all genres.

“We want to keep people playing and keep people working, and do whatever we can to support them,” said Ivey.

Nashville, Tenn. – During this time of uncertainty, the one thing that is certain is country music continues to bring families together one song at a time. As part of the Hats Off To The 80s & 90s Tour, T. Graham Brown, Bryan White and Wade Hayes are bringing together some of their closest friends from that era to join them for a special live streaming acoustic concert on Monday, March 23 from 4:00PM – 6:00PM CST. This event is to ensure that the music will continue during these tough times the world is facing.

Joining them live will be country music veterans David Frizzell, Tim Rushlow, Ronnie McDowell, Tim Atwood, and Lulu Roman. The party, presented by 615 Hideaway and hosted by Megan Alexander of Inside Edition, will be simultaneously streamed live not only on each of the artist’s Facebook pages, it can also be seen on RFD-TV, The Heartland Network, DoYouRemember?, CDX Nashville, and Visit Music City‘s Facebook pages.

“Music is such a healing factor when anyone is down,” says T. Graham Brown. “With everything going on in the world, I am just going to keep singing! So, I called some of my buddies to come out and do a few songs, tell a few jokes and most importantly – stay at least six feet away from each other, because after all, safety first. We love the fans and since we can’t be with you person, this is the next best thing.

For more information, visit www.tgrahambrown.com and follow his socials linked below.